Jessica Nigri, the “Queen of Cosplay,” has repeatedly been voted as one of the best and sexiest cosplayers on the planet, per Cosplayer Network. Nigri burst onto the scene at the 2009 San Diego Comic-Con when she officially debuted one of her most famous cosplays, sexy Pikachu. Nigri showed up as just another convention attendee, but when people got a look at her, she became the center of attention, far more than many of the celebrities and panels that people actually paid to see. Overnight, she became a viral sensation and set in motion the modern cosplay era.

Nigri took advantage of her overnight notoriety and used it to help develop a solid online following. Based on the strength of that, she launched a successful YouTube channel, accrued over 3 million Instagram followers, and cemented herself as American cosplay royalty.

The Pikachu cosplay that started it all is not a literal representation of the character, but rather Nigri’s interpretation of the way she sees it. Even taking just a quick glance, it is easy to see why so many people descended upon her at that first comic con. Lines of people formed, wanting photos of and with her, and making her the talk of online forums for weeks to come. People at that con might not remember what celebrities appeared, but they do not forget that it was Nigri’s coming out party.

In 2012, Nigri began modeling professionally. She initially began taking gigs that were centered on cosplay, but soon she began getting more mainstream offers, and some niche work that continues to keep her busy and well paid. Her ability to mimic almost any look a photographer wants, as well as reputedly being good to work with, keeps her in high demand.

Despite mainstream work and success, Nigri has never forgotten her roots and continues to cosplay. If anything, her heightened level of success has actually helped her expand her cosplaying universe to include Game of Thrones, as well as her take on popular TV shows and movies that aren’t always thought of but many cosplayers, such as Baywatch, even if it just to try out a new wig.

Still, some of her best received work online centers around almost anything in which she is wearing lingerie, such as the next photo. She calls this one “Black Cat.” It’s not really cat woman, and it isn’t necessarily even all that reminiscent of a cat, but it looks great and all that matters is that she and her fans enjoy it. If you can think of something that is popular in geek culture, the odds are she has done something that is at least loosely connected to it.

As a final bit of fun, her holiday elf is a fan favorite. Every Christmas, fans look forward to who, or what, she will be to celebrate the season. So far, she has not disappointed, whether it be an elf, Santa, or naughty Mrs. Claus. It is definitely a departure from some of her Gears of War 3 cosplays, that she made some nice coin to help launch the game according to Cosplay News Network. Whether someone likes video games, movies, comics, or any kind of cosplay, there is a good chance Nigri has done it, and done it well, or has it on her radar for an upcoming event. It’s why she is the “Queen of Cosplay.” she delivers what her fans want.

Customers Are Buying This $30 Maxi Dress From Amazon Like Crazy — It Comes in 44 Colors! 5 Sets of Spring and Summer Collocations 2020

Are you wearing a body suit all over the country? 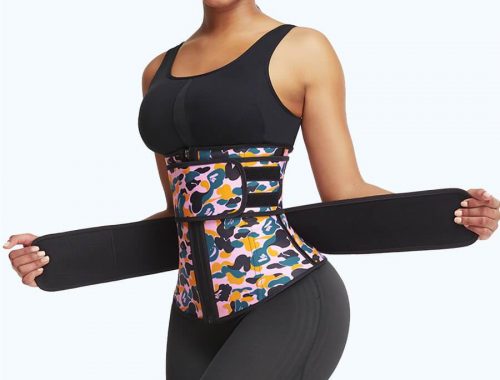 Best Waist Trainers and Shapewear to Shop at Shapellx